Tales of the SID Personnel and Vessel Profiles by Travis Anderson 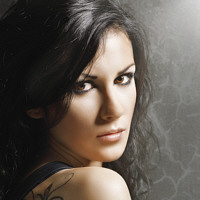 Macen served Starfleet Intelligence in the front lines of the Border Wars before infiltrating the Maquis. Afterwards he served with a special detached commando group behind Dominion lines. After the war he joined the nascent Special Investigations Division and became Mission Commander of his own team.

Rockford was born Annika Ryst on Angosia. Volunteering to serve against Tarsisian forces, Ryst was chosen to undergo the enhancement process that created Augmented soldiers. Ryst was specifically chosen to become an Augment Infiltrator. Capable of adopting entirely separate personas, Ryst served with brutal distinction as she assassinated entire enemy squads. Rockford was a persona created when Ryst needed to evade pursuit. Her work as a private investigator enhanced Ryst's combat readiness when she reemerged as the dominant psyche. Although, Ryst and the other personas sacrificed themselves to merge into Rockford's gestalt. 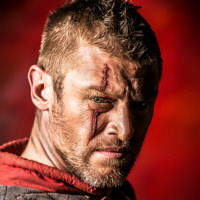 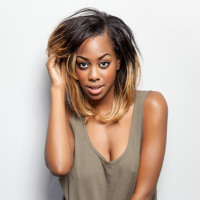 Another Angosian Augment, Daggit served with distinction in his people's war against Tarsis. Held captive in a lunar prison until the arrival of the Enterprise-D, Daggit was subsequently released. Finding himself still ostracized by his own people, he ready accepted the offer to join Starfleet with a field commission of lieutenant during the Dominion War. Assigned as field commander of a specialized commando group, Macen found himself working alongside Macen for the first time.

Tessa is a fully self-aware holographic program. Given free rein of the Obsidian, she is free to roam the ship through the installation of holographic projectors throughout the vessel. Inquisitive, Tessa wants to learn every aspect of humanoid life. This includes her burgeoning romance with Galen 3. 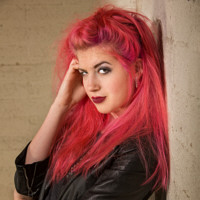 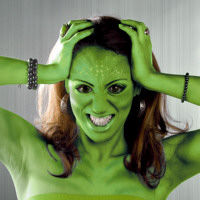 Forte was born on the duplicate Earth called Miri. Extremely long lived thanks to the biological warfare that decimated the original population. Forte and her fellow adolescents will inherit the planet now ruled by Miri and her cohorts. Leaving her home world behind, Forte proved to be a genius level prodigy. Endlessly fascinate by puzzles, Forte is apprenticing to be a private investigator with the Rockford Detective Agency. Rockford personally recruited Forte into the SID.

Parva was a former sex slave that escaped her thralldom. Taking courses in engineering she excelled at starship design and maintenance. Working at Starfleet Intelligence's Special Projects Yards Parva was personally recruited b Hal Dracas to be his replacement on Macen's SID team. 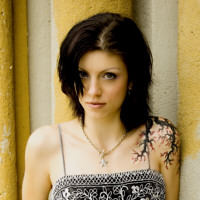 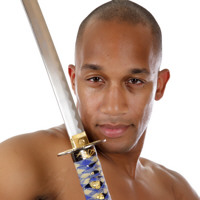 Angelique Kerber is the alias adopted by Anara. Anara was born on Ardana to the Troglyte class. A gifted cybernetic systems and OPS specialist, she joined the mutlicaste freedom fighters known as the Liberators. But betrayed by the Troglyte Clan Elders, Kerber had to flee her native world with a fellow Liberator operative and working partner.

Burrows once belonged to Starfleet's Special Operations Command. A protégé of Elias Vaughn, Burrows heard legends of Vaughn's association with Macen throughout his own relationship with Vaughn. Discharged for medical reasons, Burrows was contacted by Macen and offered a chance to still make a difference. Smith is Maarta's alias that Kerber devised for her. A long time associate of Kerber's in the Liberators, Smith convinced Kerber to accept Macen's offer and join the SID.

Shade is a colonist on Darvan V after the asteroid appearing world ship Yolanda allowed several dozen Fabrini to disembark. Shade found a niche is solving crimes on her colony world. Looking for greater challenges and experiences, Shade left Darvan V and travelled to Cestus III where she encountered detectives working for that world's branch of Rockford Investigations. Shade studied and apprenticed and eventually joined the agency. Having come under the notice of Rockford herself, she readily joined the SID when given a chance. Ebert was recruited to pilot the Blackbird-class SS Odyssey when Macen was with the Maquis. She served under him until the Maquis collapsed under the Jem'Hadars' offensive. Eking out a living as a smuggler and thief afterwards, Ebert was at a crossroads when Macen approached her once again and gave her yet another cause to fight for.

Mudd is a freelance operative for Rockford. A smuggler, confidence artist, thief, and part time bounty hunter, Mudd will d virtually anything for latinum. Accidently finding herself in Rockford's sphere she seems to get sucked into opportunities to make the right choice with alarming frequency. 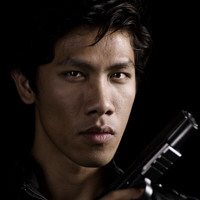 A former Chief Inspector of Chung Kua's constabulary, Lee find himself framed for a crime he didn't commit. Kicked off the police force and deported off world, Lee was adrift until Rockford learned of his story through one of her detective agencies. Macen quickly responded by offering Lee a job.

Ambassador to the Federation; Race: Cardassian

Ruler of Mityr, Chairman of the Meirkus Conglomeration, Don of the Orion Syndicate; Race: Iridian - DECEASED

Nova-class surveyor. Upgraded engines permit a maximum speed of Warp 8.3 for up to twelve hours. Top cruising speed is Warp 6.1 Redundant and overlapping shield emitters greatly enhance the ships defensive capabilities. The weapons systems on the Obsidian are preserved at manufactured norms. The ultra-sensitive sensor arrays allow the ship to generally detect threats well before they pose a danger. Sensor shrouding hull plating and atmospheric operational capabilities enhance the covert operations profile of the vessel.

Blackbird-class variant. Equipped with 5 Type X phaser arrays, a Class 4 Klingon cloaking device, regenerative shields and ablative armor, the Solstice is well armed and capable of defending herself. Possessing a Type MX warp core and enhanced warp engines, she has plenty of speed and power available. Max. speed of Warp 9.65 is sustainable for up to twelve hours. Enhanced sensors and atmospheric capabilities are ideal for covert operations.